We drove to Retford, which is a small market town with Victorian-inspired architecture. Here, we spent some time with family, soaking up the city and sights. I captured pictures of the majestic gardens, flowers, birds, lakes and even a rainbow!

A few days later, we took the train to London, where we were greeted by the amazing and historical architecture. London’s historical buildings are a hodgepodge of different architectural styles, and scattered throughout the city are mansions, cathedrals, and awe-inspiring skyscrapers. One of the most popular landmarks in London is the Westminster Clock Tower, also known as Big Ben. 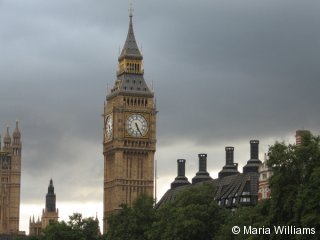 Big Ben is the largest four-faced chiming clock in the world! We visited the London Eye, eager to get a magnificent view of the city.

The London Eye (also known as the Millennium Wheel) is a giant Ferris wheel situated on the banks of the River Thames. It’s about 443 feet tall, and allows you to see the beauty of the city, with views that stretch about 25 miles in every direction. It was an absolutely breathtaking sight.

The Jewel House was next on our list of places to visit, located inside the Tower of London. Here, the crown jewels are kept and protected, along with other precious objects belonging to the Royal Family. The architecture of the tower itself is very charming. Once inside, each item tells a story, some of these beautiful pieces are still used today.

While we sailed on the River Thames, I was able to see and appreciate many ships including the Queen Mary next to the Waterloo Bridge. The boat passed under the famous London Bridge. A bridge has existed at this site since the Roman occupation, about 2,000 years ago! The modern one was completed in 1973.

Although I didn’t go inside the Buckingham Palace, it was a very impressive and majestic structure. Art and beauty surrounds the building, including many sculptures and fountains. One of the funniest things I remember from the trip is walking in front of the palace when suddenly it began to rain. I don’t think a single person was surprised, as everyone had umbrellas on standby. Luckily, I had mine as well! 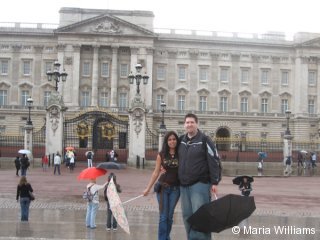