I was born and raised in Puerto Rico, and am very proud of the natural beauty of the island. No matter how short the visit, I enjoy every chance I get to escape to my homeland. END_OF_DOCUMENT_TOKEN_TO_BE_REPLACED

A Visit to Yucatan Peninsula, Mexico

The Yucatan Peninsula is known for its deep culture and history, as well as its breathtaking Caribbean sunsets. I was inspired by both when I visited Yucatan Peninsula, Mexico during the spring of 2009. As we neared the coast of Playa del Carmen, my senses began to explore the beauty and tranquility of the tropical beaches. The warmth of the sun mingled with the cool saltwater, glistening across the waves and creating the perfect playground for the native sea birds along the docks.

END_OF_DOCUMENT_TOKEN_TO_BE_REPLACED

When we arrived on land, we were surrounded by bustling shops and the savory smells of Caribbean cuisine. Unfortunately, we only had about 2 hours to explore the island before departing for our Stingray City excursion. Accompanied by a couple dozen other tourists, we boarded one of the boats waiting along the shore and sailed away from the island. END_OF_DOCUMENT_TOKEN_TO_BE_REPLACED

We drove to Retford, which is a small market town with Victorian-inspired architecture. Here, we spent some time with family, soaking up the city and sights. I captured pictures of the majestic gardens, flowers, birds, lakes and even a rainbow! END_OF_DOCUMENT_TOKEN_TO_BE_REPLACED

The energy of ancient civilizations is still felt when you take a trip to Lindos, Greece. Traveling to the city transports you back into time. I visited Lindos in September 2008, traveling with a group that included my in-laws and extended family. At the time of the trip, my husband and I were still dating so the trip allowed me to get better acquainted with his family. END_OF_DOCUMENT_TOKEN_TO_BE_REPLACED

A Visit to the Harkness Memorial State Park in Connecticut

In May of 2011, we were very excited to visit the Harkness State Park in Connecticut. The park and botanical gardens are made up of a sprawling 230 acres located on the Long Island Sound. It was a gorgeous sunny morning in spring, and one of the most peaceful and beautiful places I’ve visited. It’s surrounded by trees bursting with color, green grass, vibrant dandelions and plenty of seating areas. 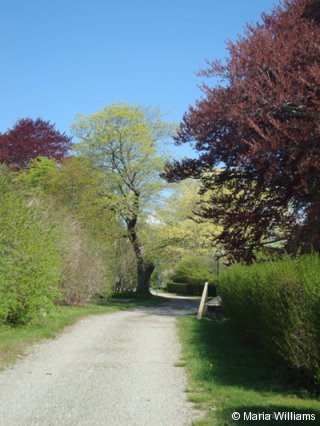